A few years ago, I was in St Ives working on a series of etchings for a forthcoming exhibition at the Penwith Gallery. Whilst walking along the beach at St Ives, close to Smeaton’s Pier, I came upon an old stone pier head. It had just a few heavy timbers protruding and looked out over St Ives Bay towards Hayle over a double row of stumps stretching seaward. There was clearly a story to be told here.

Holidaymakers have been falling in love with St Ives since Victorian times, the remnants of the 'New Pier' or the Rampers as it is now known locally must have made a favourite picture postcard to send to those less fortunate - stuck at home. During its relatively short life it became the subject of a number of paintings, attempting to capture the drama of the many storms which threatened it.

My research began at the town museum which was open so I went to ask more. Ah, the ‘Rampers’ I was told, had originally supported a pier and told a sorry tale. Brian Stevens, the curator of the museum, filled me in with a plethora of historical material, much of it from his own memories of the remains of the pier as a boy, and also with accounts passed down through the families of the town. He can still remember coming across pieces of old masonry on the beach at low spring tides, the remains of the base for the 'round end' of the 'New Pier'.

Next a trip to the St Ives Archive to see Janet Axten. I was shown newspaper accounts by Cyril Noall and archive photographs of the pier. Many of these were extremely helpful in building a picture of the structure. From online research I found that the Cornwall Records Office in Truro had some drawings of a pier at St Ives from the right period. These turned out to be the designer’s original hand drawn designs for the pier, along with later additions. These I have photographed and reproduced here by permission of the Records Office, (now Kresen Kernow). Letters and accounts from the Record Office helped greatly in the development of the story.

I decided to reconstruct the ill-fated pier from the material at hand. It was reimagined in 3D computer graphics created from the drawings of Michael Scott, the engineer. Original copies of the relevant Acts of Parliament were acquired to gain a better understanding of the construction and historical context of the works. I believe that the artwork seen in this publication gives a unique perspective and a better understanding of the story of the New Pier using today’s technology and the artist's eye.

Through Penlee House Museum and Gallery in Penzance I was introduced to David Tovey, an art collector specializing in the maritime art of Cornwall. His grandfather was one of the original members of the Artists Colony in St Ives and David is an acknowledged expert on the subject. He has written and published a number of books about the St Ives Artists Colony and maritime art in particular, and regularly gives talks. The painting 'A Break in the Clouds, Crossing the Bar' by John Mogford is reproduced here with his kind permission having been exhibited by me in my exhibition at the Willoughy Gallery, Bude in 2018.

During many visits to Cornwall Records office I photographed the original hand-drawn and painted plans by Michael Scott. These formed the basis, along with historical notes, newspaper articles, discussions in mechanics' journals and relevant Acts of Parliament in my possesion for the construction of 3D models of the pier.

A number of models were made, some showing the design as it was intended, others as it was actually built, with amended versions depicting the condition of the structure after each storm. The details of these were derived from detailed (often scarcely legible) notes of the on-site engineer and from news articles.

With the fishing fleets inreasing plus a burgeoning mercantile marine, the middle of the 19th century sadly witnessed a huge increase in shipwrecks around the coasts of Britain. The south west peninsula suffered greatly as its coastline bordered the Bristol Channel, a major shipping route to the majority of the markets of the British Empire.

With the acknowledged difficulties of the north coast of Devon and Cornwall, public outcry demanded that something must be done. There was nowhere for vessels, including those of the Royal Navy, to run to in a storm along the whole of the inhospitable 'Iron Bound Coast' which ran from the port of Falmouth on the south coast, around Land's End, all the way to Bristol. Their only option was to run the gauntlet to Bristol. However, the windward capabilities of sailing ships were limited and if the gale veered to a north easterly, Bristol ceased to be an option. They would find themselves victims of the unforgiving coastline of the West Country.

Tenders were put out for alternative designs. Michael Scott, an engineer from Glasgow who had previously worked with James Abernethy on a successful pier project at Blyth in Northumberland, submitted the winning proposal. His design was for a pier of 600 feet in length, set at an angle 67 degrees seaward of the original Smeaton’s Pier. This meant that it directly faced the northerly gales and presented challenges both in construction and resilience.

The design utilised driven wooden piles to which were attached ‘A’ frames which were floated out on barges to form a cage, infilled with rubble from Hellesveor quarry. The original design, as commissioned, did not include decking within the contract. This would have been an essential part of the pier’s function as a staging to enable the landing fish or any other goods.

This staging was never built, resulting in the structure never having any purpose other than as a breakwater, despite the fact the whole idea was sold as an enterprise to aid local commerce, not forgetting that the major part of the funding for the project had come from local people in the form of £20 bonds. This was a major grievance amongst the fishermen and negated its use for any commercial purpose including connection to the railhead as part of the future for a prosperous St. Ives.

Maps from the Harbours of Refuge Inquiry of 1906

In 1904 the idea of Harbours of Refuge was again resurrected. The question of siting one on the north coast of either Devon or Cornwall was discussed in the House of Commons. Ernest Soares the Liberal MP for Barnstaple pressed for action which was resisted by the Conservative President of the Board of Trade, Gerald Balfour, the brother of the Prime Minister Arthur Balfour.

Gerald Balfour insisted that the question of National Harbours was entirely separate from the issue of harbours required by the fishing community. This was not true and had not been the case in the 1850s when many were encouraged to believe that the construction of a harbour at St Ives serving local demands would form the basis of a larger work; envisaged as a project to benefit the whole country, paid for for by Government under the auspices of the National Harbours of Refuge plan. Balfour suggested that if the Councils of Devon and Cornwall were to submit proposals with detailed plans and costings, the Loan Commissioners would give them their attention. A number of MPs pointed out that with their limited resources it would be impossible for the Councils to do this, but Balfour insisted that this was not a matter for the Board of Trade to take on itself and that if the councils were to agree to funding two thirds of the proposed works the Board might fund the remainder.

As a result in 1906 Devon and Cornwall Councils commissioned a 'Harbour of Refuge Inquiry, North Coasts of Devon and Cornwall', by William Matthews CMG. Matthews was a marine engineer of great repute, a son of Penzance who went on to build the harbour at Dover amongst others. He was a contemporary of Sir John Coode and they renamed the company Coode, Son & Matthews when he joined them. The Inquiry included a report from Commander C G Frederick RN, which looked back over Admiralty records of wrecks and lives lost between 1884 and 1904. 38 vessels had been lost and a total of 83 men had perished. Frederick concluded that the losses were much lighter than he had envisaged, which did not help the cause for building harbours of refuge.

The Mauritanians | A ship's graveyard

Totem | The library of forms

Armorique | Inside Out | Airflow

If you have any questions regarding this blog please send me an email. 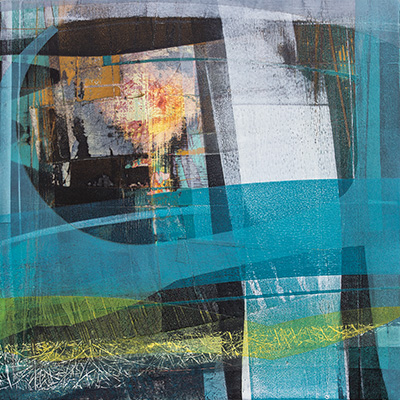 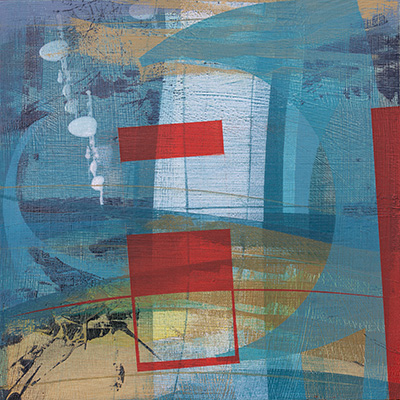 Just across the bay 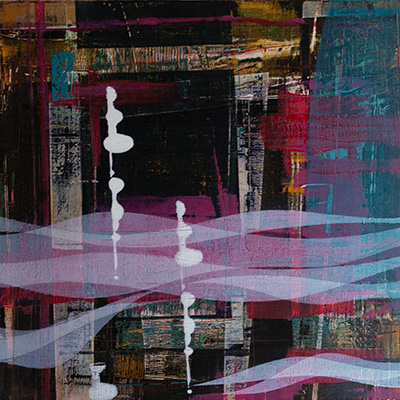 Made from the Heart 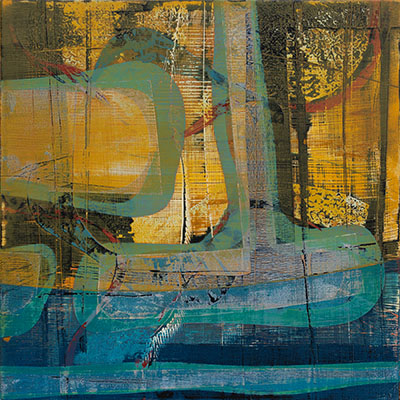 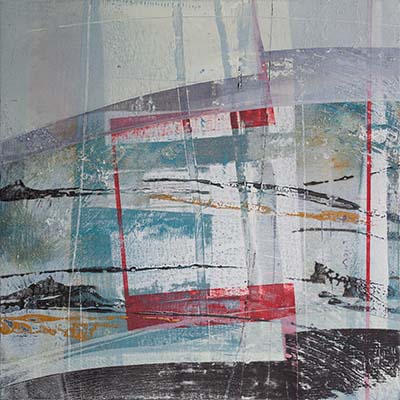 Beyond the Shifting Sands | oils

Amongst the rock pools and bays of Brittany 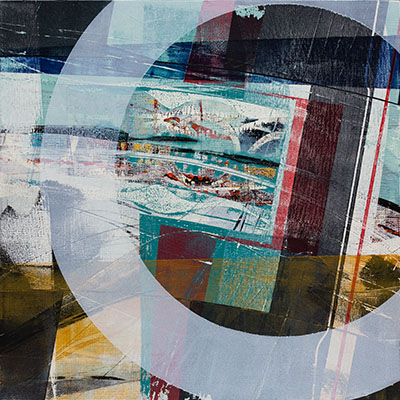 sky and foreshore under an arc of light 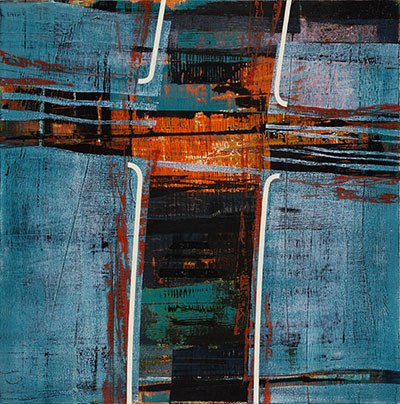 Passage Home | oils on board

A return to the theme of Homecoming 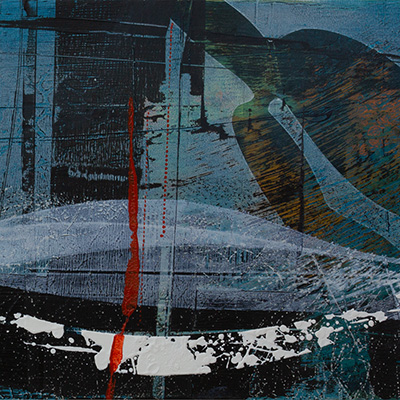 Beyond the Sea-Roads | oil paintings

We long for the sea 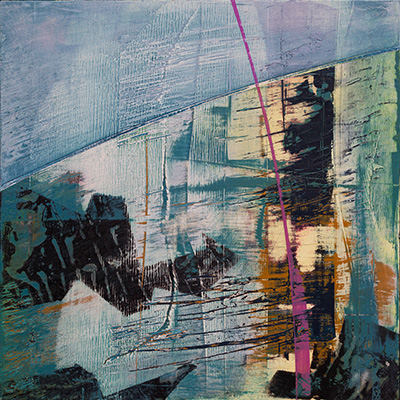 Call of the Tide | oil paintings

Oils inspired by the coves of Cornwall

Edge | oils on board

Inspired by visits to Venice 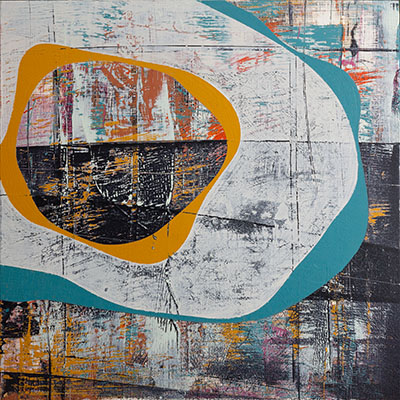 Earth Rise | oils on board

Oils inspired by the ancient standing stones of wild Penwith 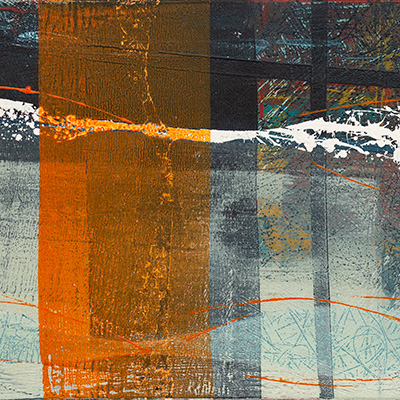 Flux | oils on board

Inspired by the Cornish landscape - at the edge of existence 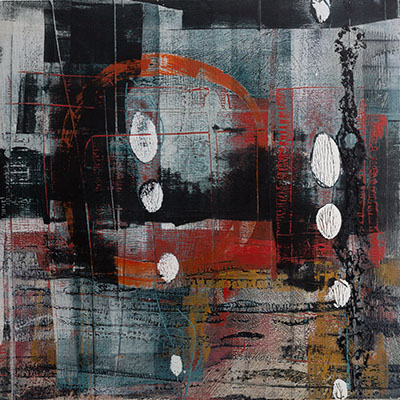 Azimuth | oils on board

Where the sun and sky meet the sea and shoreline 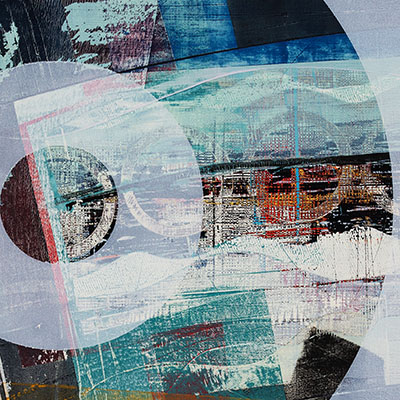 Penumbra | oils on board

sky and foreshore under an arc of light 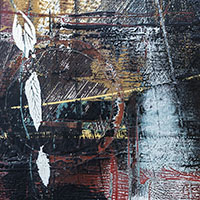 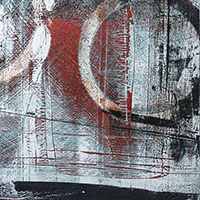 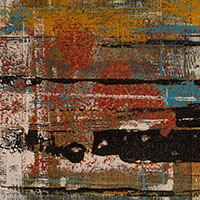 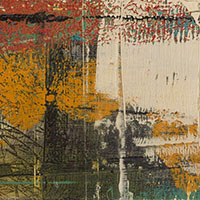 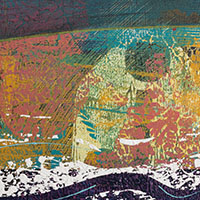 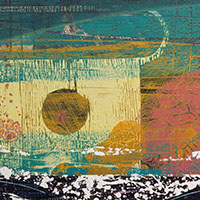 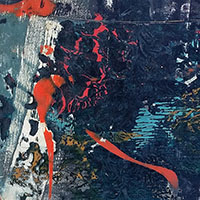 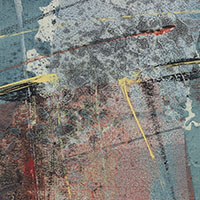 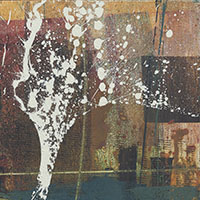 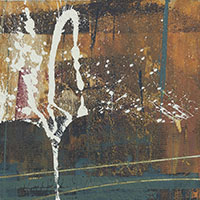 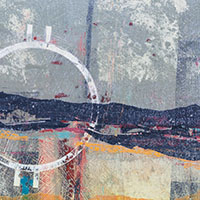 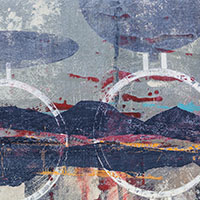 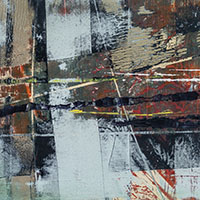 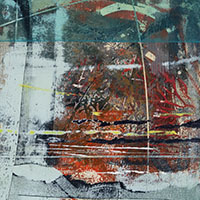 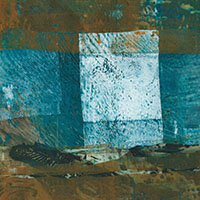 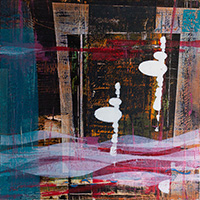